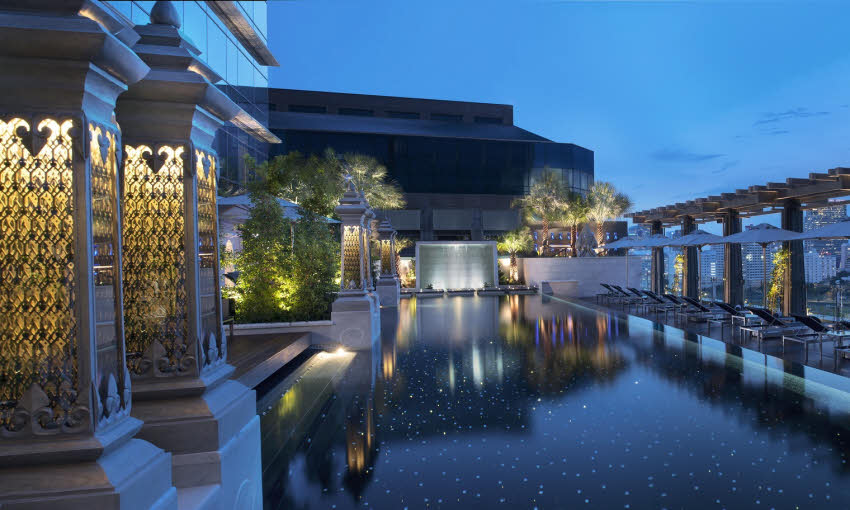 We're all prone to a little gluttony on holiday, but overindulging feels considerably less sinful at the St Regis Bangkok, which works with charity SOS to redistribute unwanted food to those in need. If the food's not fit for human consumption, it's composted and fed to animals. We also love the St Regis's so-called sustainable meetings policy – companies who use the hotel for pow-wows will use only recycled products, and water use is reduced in a wide range of ways, such as the use of potted plants instead of fresh flowers and linen-less conference tables. 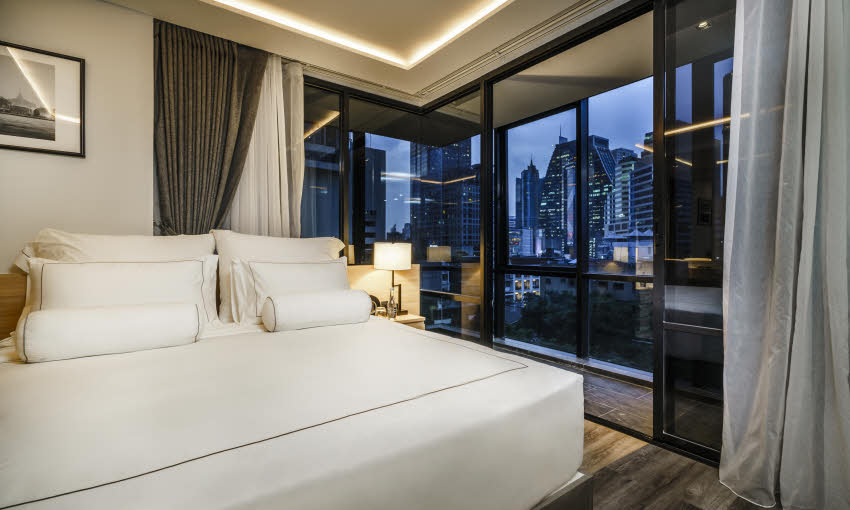 Say hello to Asia's first single-use plastic-free hotel, which opened in early 2018. Check in to the Akyra Tas Sukhumvit and you'll be given a stainless steel water bottle, which can be refilled for free at water stations on every floor. The toiletries in the rooms are packaged in locally-made celadon containers, and bin bags are all biodegradable. You're encouraged to go plastic-free beyond the hotel, too – anyone heading out for a spot of retail therapy is urged to borrow the property's fabric bags. 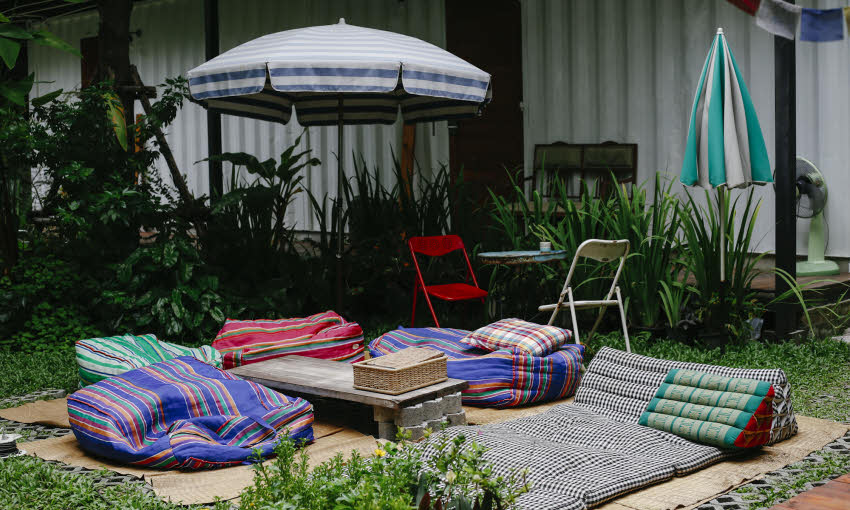 You'll find the Yard Hostel in the leafy neighbourhood of Ari. The most popular spot is its hammock-filled back yard, but we're also smitten with the beautiful rooms, which are made out of shipping containers. If that's not enough, they're insulated with waste paper. Guests are encouraged to shun plastic and refill their water bottles free of charge, and food waste is composted and used on the vegetable and herb garden. The most popular produce is apparently mint, used to garnish the Yard's legendary mojitos. 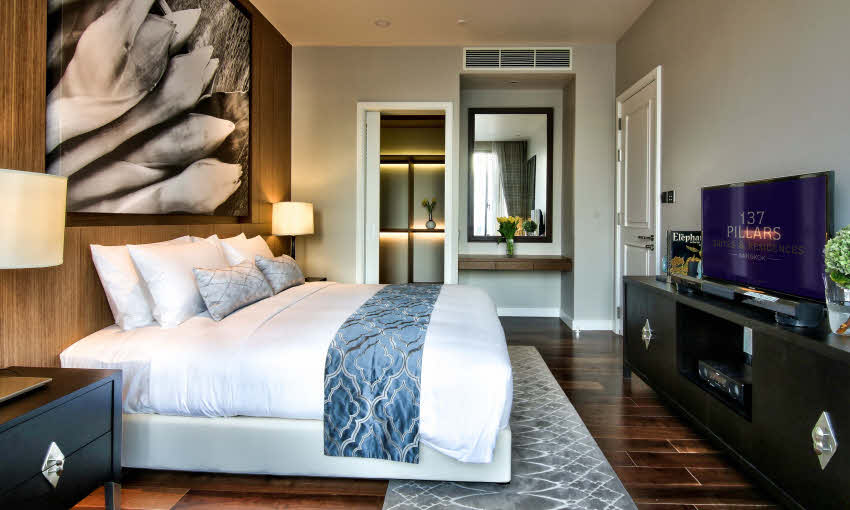 Energy wastage is kept to a minimum at Sukhumvit's 137 Pillars Suites and Residences, thanks to the use of in-room motion detectors which turn off the lights when they're not needed, along with air conditioning units which automatically switch off when the balcony doors are opened. LED lights are used throughout, and the hotel has invested in a two-step toilet flushing system to reduce water waste. The hotel is also in the process of eliminating all plastic straws and plastic bottles from the bedrooms. 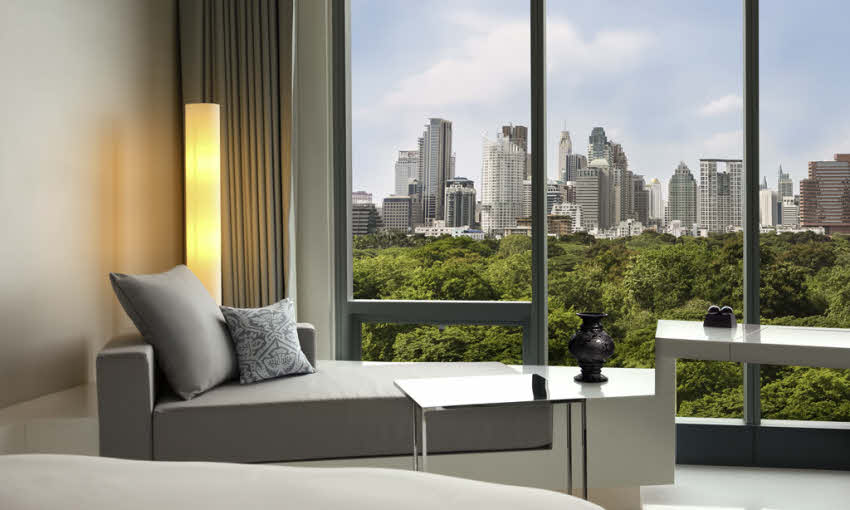 Bangkok city view from SO Sofitel bedroom (SO Sofitel)

SO Sofitel's position, on the edge of Bangkok's sprawling Lumphini Park (which you can explore on one of the hotel's bikes), is a rather fitting location for one of the city's greenest hotels. Management has gone all out to reduce plastic use – guests' delicious welcome drinks come with a stick of lemongrass, rather than a garishly bright plastic swizzle stick. They also recently teamed up with a local environmental consulting firm to create a Food Waste Prevention Programme. After its first year, food waste was slashed from 13,000 kilograms per month to less than 4,000 kilograms. 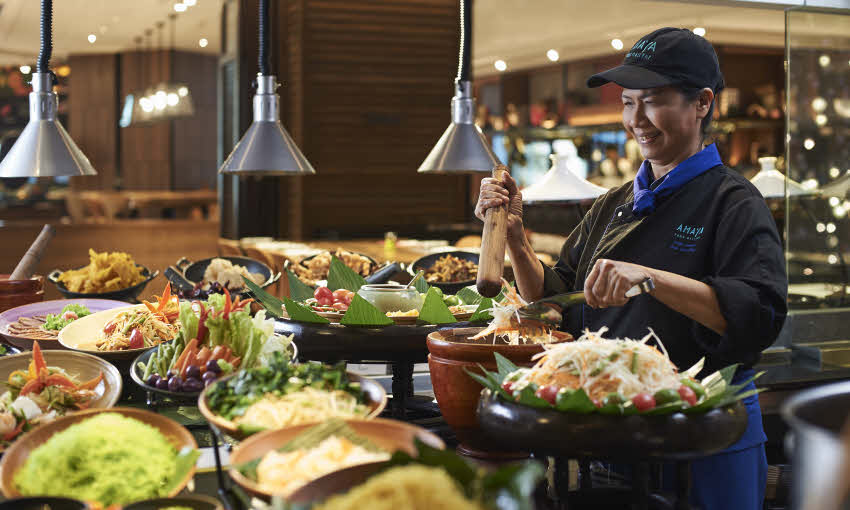 The Amari Watergate gives the phrase "feel good food" a whole new meaning. Since 2016 the organic jasmine rice served has been sourced from the community-based Sra Phang Thong Farmers Group in north-eastern Thailand. In recent years 16,000 standard bulbs have been ditched in favour of LED lights, plastic water bottles have been replaced with glass ones and old air conditioning units scrapped in favour of solar-powered mean machines. A solar-powered photovoltaic power plant has been installed too. This year, the hotel's eco efforts helped reduce electricity consumption by 10 per cent and water consumption by 12 per cent. 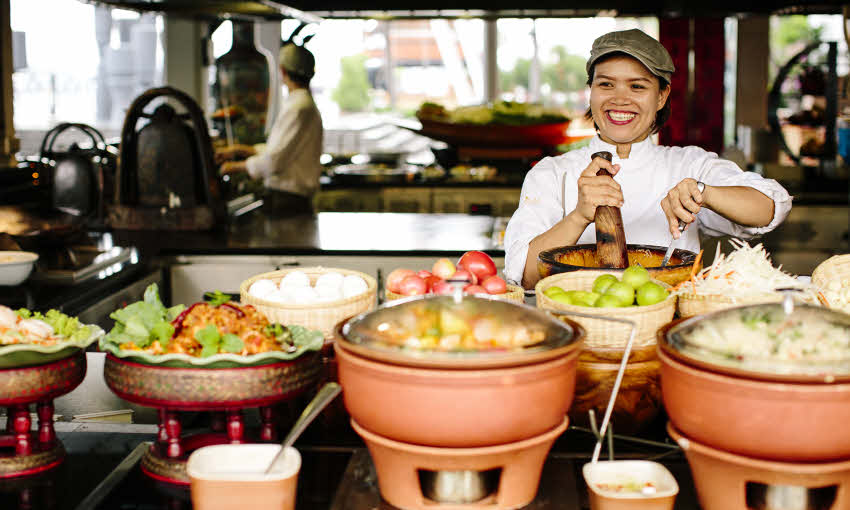 This beautiful riverside property joined forces with Bangsai Agricultural Centre to create Bangkok's first hydroponic garden, which allows the hotel's chefs to source between 12 and 50 kilograms of home-grown produce a day – no mean feat, given Bangkok's famously hot and humid climate. Anantara Riverside has also signed up to the Green Growth 2050 Global Standard, which requires properties to meet a wide range of sustainability standards. And you'll be hard pushed to find any plastic – bathroom toiletries such as shampoo have been stored in ceramic containers for years, and amenity kits contain toothbrushes made from a biodegradable straw-based alternative. The hotel banished plastic straws from its property in October, and has pledged to remove plastic bottles by the end of 2018. 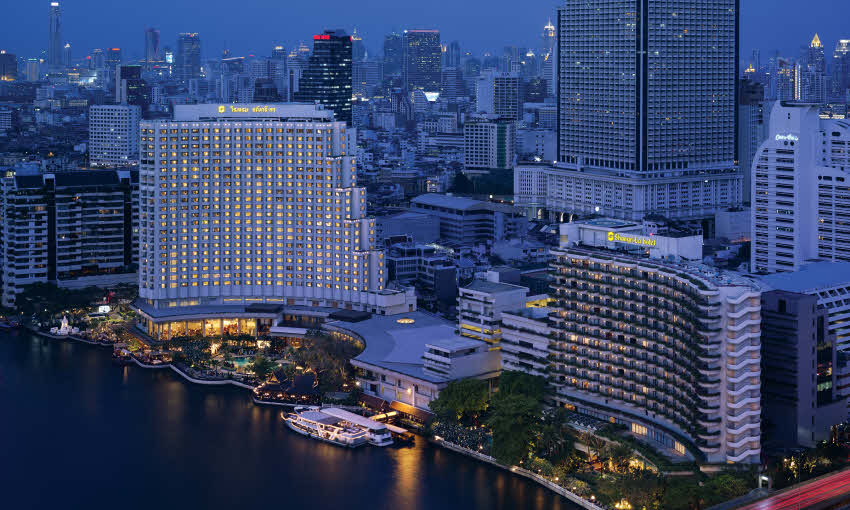 The city centre, riverside Shangri-La gets a gold (or should that be green) star for its decision to install what was, at the time, Thailand's largest hotel-based solar-powered system. This rather pricey bit of kit allows the hotel to heat over 25 million litres of water every year – more than enough to meet guests' needs. The Shangri-La's chefs receive extra kudos for their use of MSC-certified seafood, as well as their decision to source much of their food from farms which are part of the Royal Project, a non-profit organisation set up to provide farmers in remote areas of Thailand with a steady income. 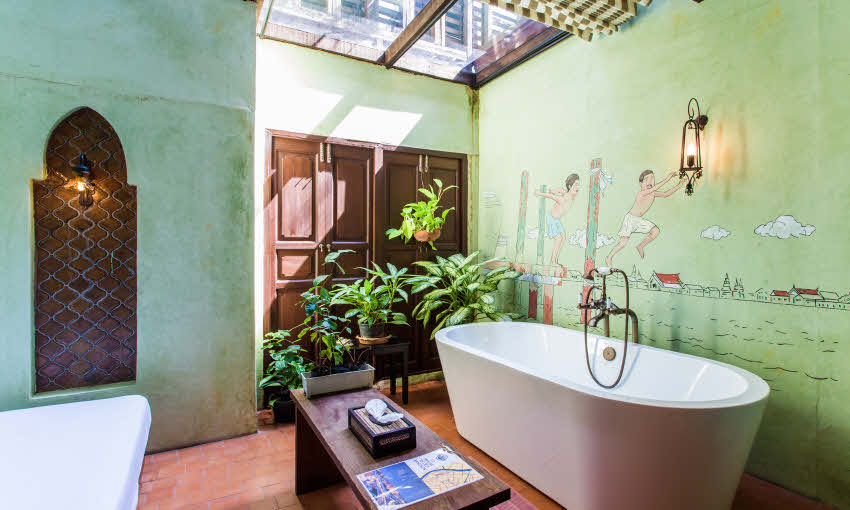 Have a relaxing stay at the Old Capital Bike Inn (OCBI)

Much of the Old Capital Bike Inn, in the city centre Phra Nakhon district, is built from reclaimed wood. Waste is reduced with the use of ceramic shampoo and shower gel bottles, and hot water is provided by a solar-powered heating system. LED lighting replaces traditional lightbulbs, and the building's clever design, which includes carefully-placed skylights and areas of glass, makes maximum use of natural light. Oh, and you'll sip your delicious Mai Tai cocktail from lengths of bamboo rather than plastic straws. Cheers!

Your ultimate guide to homestays in Thailand, with 7 of the best to stay in

Homestays are a great way to pay something back into local communities and get an authentic feel for local life. Emma Higgins has the lowdown on why you might want to consider a homestay for your next Thailand adventure, along with a few favourites

6 of the best eco-friendly hotels in Thailand

You don't have to sacrifice comfort for sustainability in Thailand; a fact proved by these beautiful green hotels that make for a special stay in the Land of Smiles