Since the pandemic, Thailand has taken a slow, responsible and safe route to re-opening up its borders to visitors. Travel writer Mark Stratton recently visited Phuket and shares with us what it was like travelling to Thailand after Covid-19...

Blind in one eye and rescued from decades of abuse at an elephant riding camp, Sri Nual, a gentle old lady in her mid-forties, takes a coconut in her trunk and rumbles with pleasure, like a gourmand anticipating something tasty. I’m at Phuket Elephant Sanctuary and I watch her place the coconut on the floor and nonchalantly crack it open underfoot. She then dextrously scoops out the favoured white flesh and lets the husks drop to the floor.

Close to Khao Phra Thaeo National Park, the sanctuary hosts 12 rescued elephants saved from abusive logging and riding practices who are now free to live out peaceful retirement. It’s one of two ethical elephant sanctuaries on Phuket, which permit neither riding nor bathing with them, just close observation. As a tourism venture funding a better life for these gentle Asian giants, the sanctuary also provides work for the elephants’ mahouts. 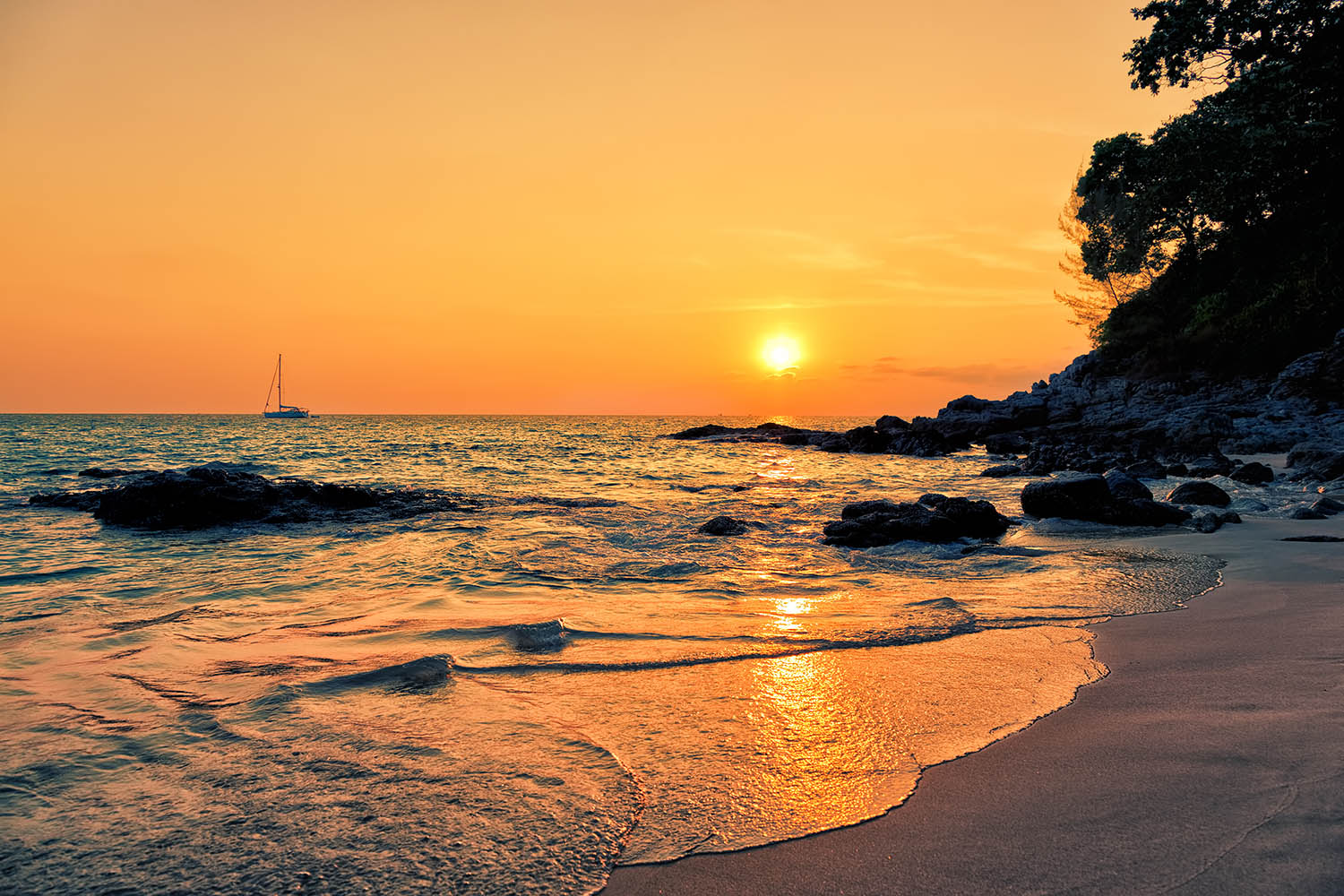 Prior to the announcement of Thailand’s November 1st reopening to fully vaccinated international travellers, I visited Phuket Island to assess the impact of the previous difficult year. The absence of tourism during Covid-19 – which contributes to over 20% of Thailand’s GDP – has seen livelihoods and conservation suffer without an influx of hard currency. This has particularly hit smaller family ventures. In the evenings from my hotel on Surin Beach, I walk to a little beachside restaurant to enjoy the Andaman Sea’s sunset. The owner of the rustic beach restaurant welcomes me profusely and tells me without tourists he’s been reduced to fishing each day just to feed his family.

Yet the relaunch also feels like an opportunity for a reset. To readdress some of the social and environmental concerns generated by Thai tourism that we as consumers are able to affect by making ethical choices in the businesses and activities we support. The people, wildlife, beaches, and cuisine of this beautiful country can be a paradise on Earth to visitors if seen the right way, but if done wrongly, can be exploitative of both wildlife and people. 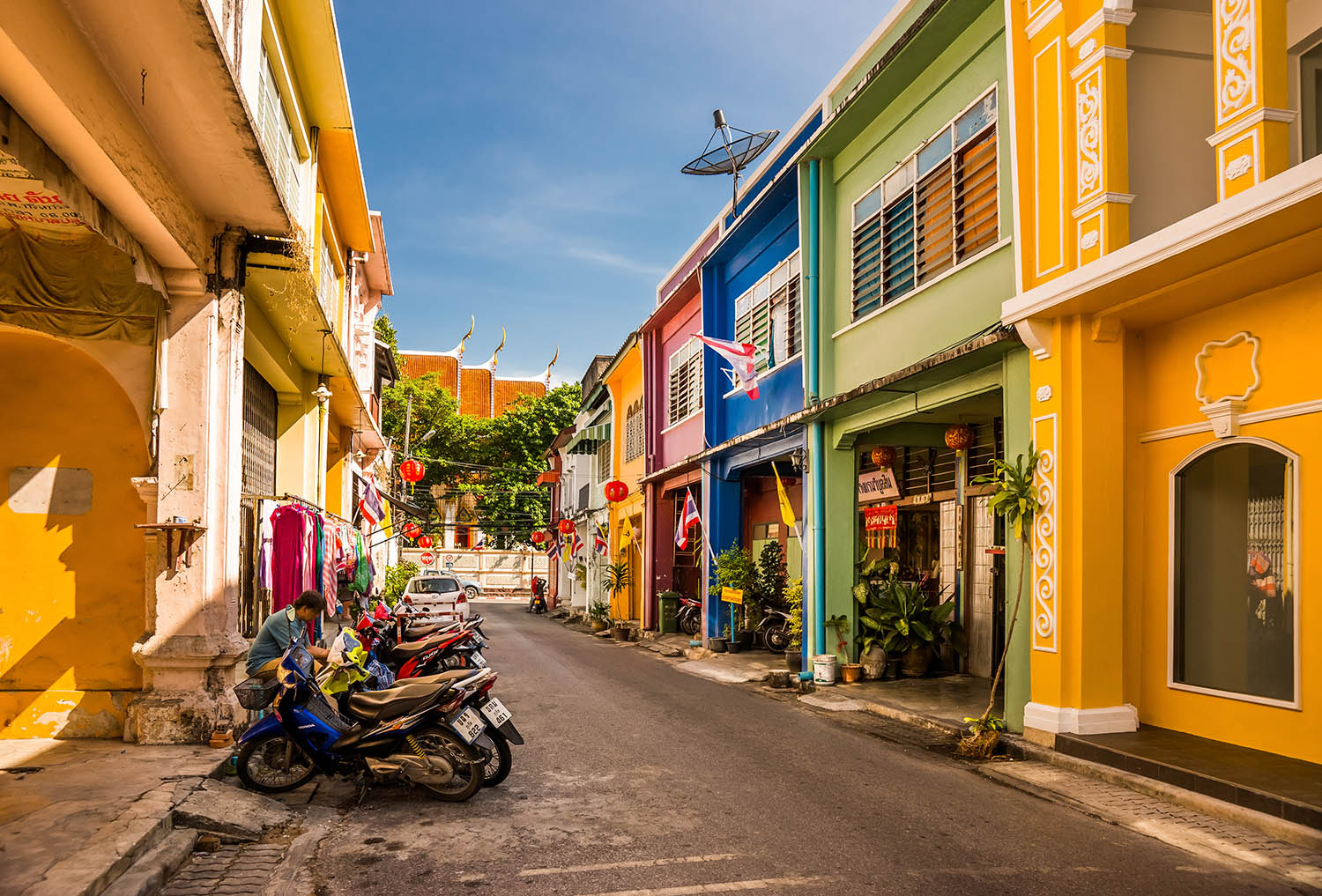 I’ll confess that Phuket, because of its reputation for beach mass tourism, had never really appealed. Yet once I began to explore beyond the beach scene it was easy to find ample experiences in harmony with the environment that foster local incomes and employment.

Old Phuket Town, for instance, is often overlooked by visitors. Amid attractive streets resplendent with fusion Sino-Portuguese architecture – influenced by a 19th-century influx of Chinese Peranakan migrants who came to work the silver mines – I join a morning food tour exploring the island’s unheralded cuisine. “Let’s start with dim sum,” says Siwakorn, a guide, who’d been unemployed for a year since Covid-19 reared. “Dim sum arrived from Fujian in mainland China as a filling breakfast for mineworkers and has remained popular since,” he explains. We dip into the dumpling parcels with chopsticks at the busy Kaset Market and spread our patronage across a number of small restaurants around town, sampling the likes of creamy coconut-infused massaman curry – a dish brought to Phuket by Southern India traders.

My morning of eating necessitated exercise, so that afternoon I join a two-hour cycling tour with Swiss, Martin Brot, who runs Siam Bike Tours. It’s a simple way to experience backwater Phuket and we cross the island from coast-to-coast. “You get to see the real Phuket countryside slowly,” says Martin, who says his multi-day cycling tours of Thailand are becoming increasingly popular. We pass through stands of tropical forest offering delicious shade. We see orange-robed monks going about their chores in Wat monasteries writhing with dragon sculptures, and follow the coast along the fast-flowing strait that separates Phuket Island from the mainland at Phang-Nga. 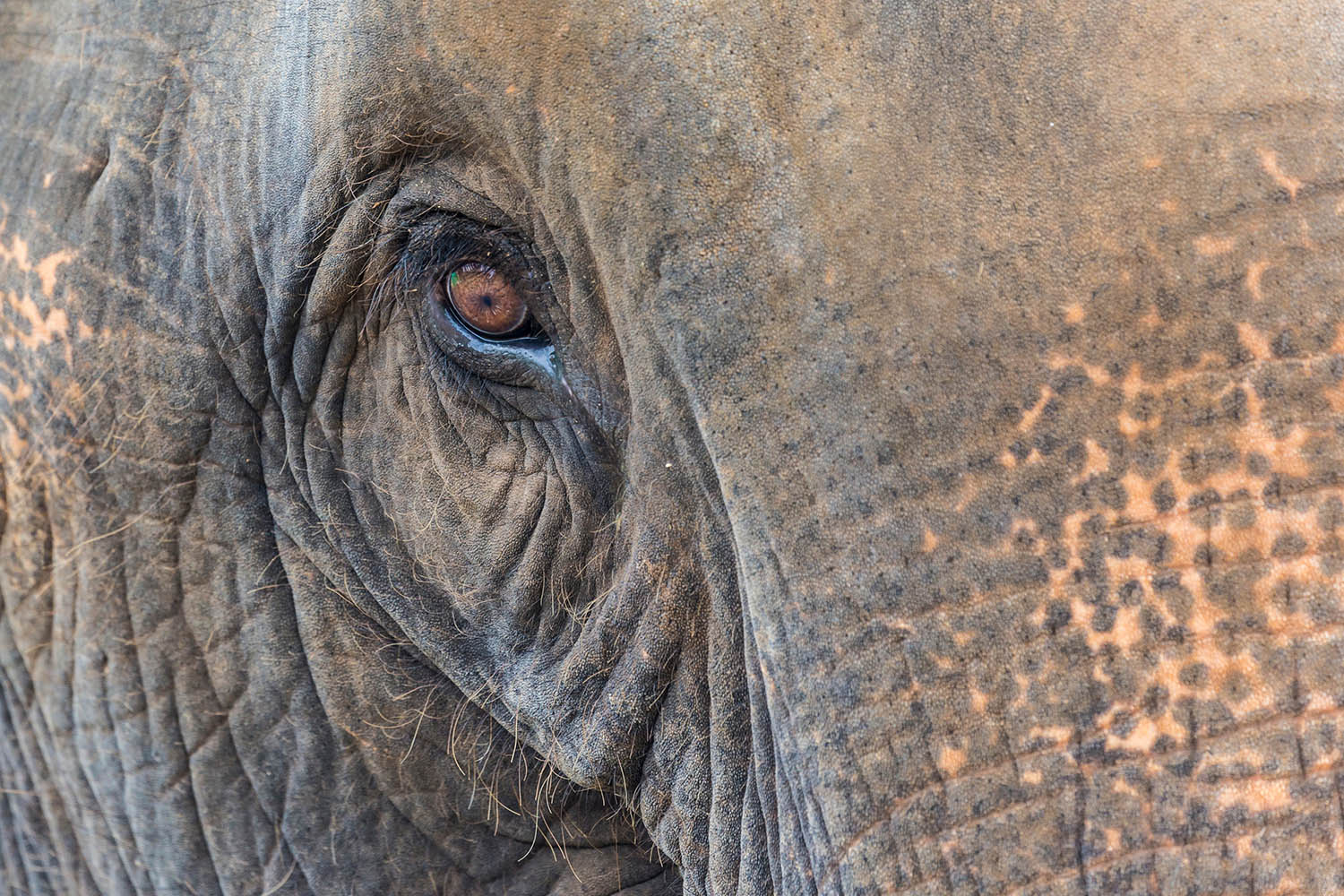 “Our last rescue came from the Phang-Nga region,” says Louise Rogerson, a Mancunian former fashion designer whose passion for elephants saw her launch Phuket’s second ethical sanctuary in 2016. She talks as we stand close by watching the charming Butterfly. Her gentle eyes watch us as she patiently expects an offering of fruit. “She had a horrible life before rescue,” says Louise. “We got her from a riding camp that was receiving a thousand Chinese tourists each day. She was in bad physical condition but now she is flourishing”.

A dramatic drop in Thai tourism has seen elephants from riding camps sent back to their rural villages and now fears are emerging of a return to the bad old ways. “From what can be seen, many elephant riding camps intend to open for tourism in a business-as-usual manner. But there are some camps who have entered a transitional phase from riding elephants to an ethical model,” says Lek Chailert, the founder of Elephant Nature Park – Thailand’s most renowned sanctuary in Chang Mai. Avoiding them and the likes of ventures such as temples that maintain tigers, is a passive yet positive way to reject animal cruelty. 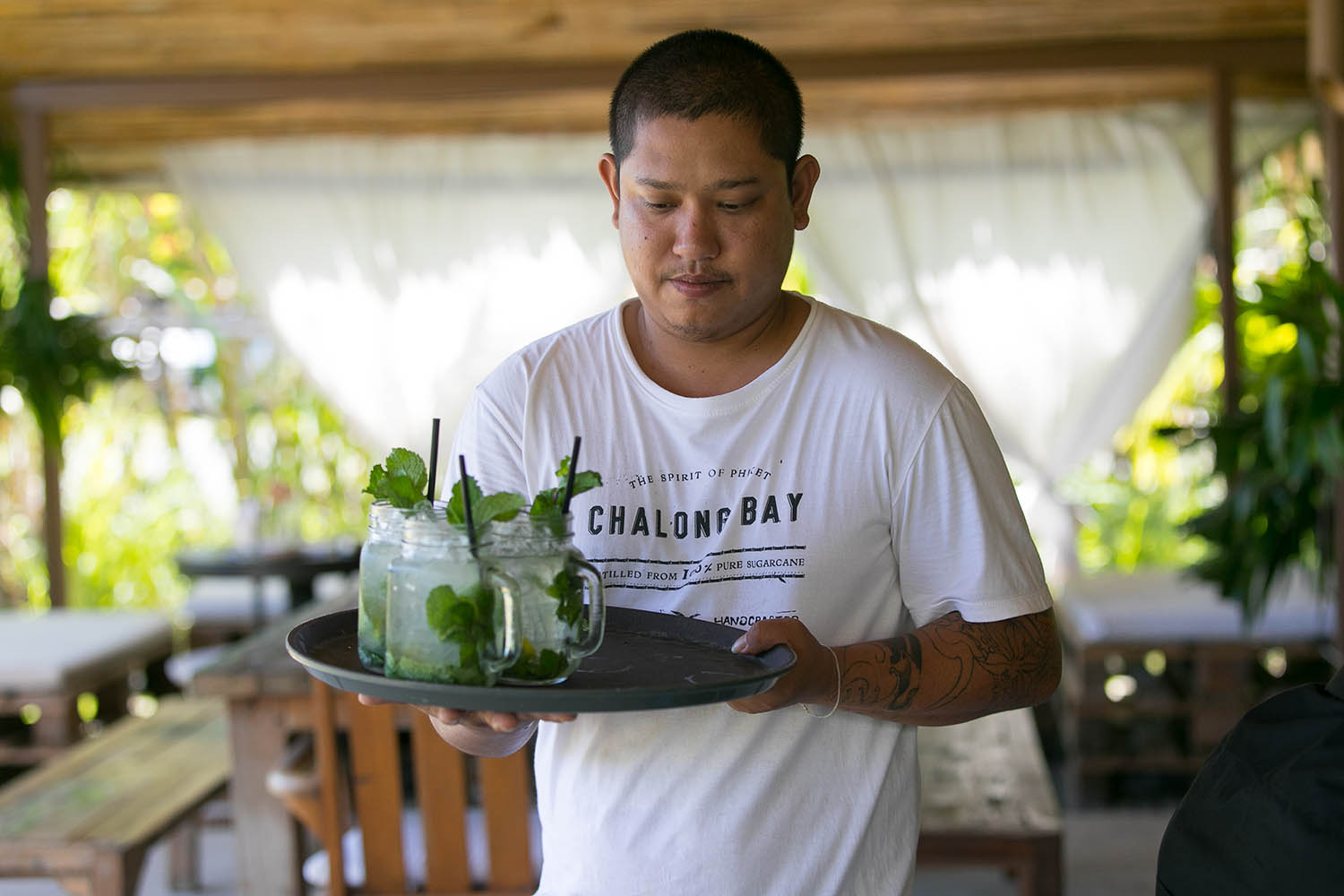 And just in case you imagine making a difference with your travel choices is all about abstemiousness, I spend my final afternoon sipping rum for a good cause at the fantastic Chalong Bay. I’m invited to take part in this small distillery’s cocktail-making course blending concoctions from their sugarcane rum in the lovely setting of their outdoors bar in a tropical garden. Chalong Bay’s French owner, Marine Lucchini, was a survivor of the Boxing Day tsunami in 2004 and set up the distillery to give something back to the local community.

“We pay much higher prices to local producers for their sugarcane than island sugar factories and guarantee the producers buy all their crop so they can plan their futures in uncertain years. We ask them to not use any chemicals in production and compensate them for the lower crop yield,” says Marine. Infused by kaffir lime leaves and distilled in old copper Armagnac tanks from France their rum tastes all the better knowing I’d been able to contribute throughout my stay to more sustainable livelihoods and activities that are fostering positive change.