See elephants, sun bears and big cats, as well as exotic bird and sea-life in Thailand’s jungles, mountains and oceans. Choose ethical travel companies that work with protected national parks and reserves to allow visitors to view wildlife responsibly without harming animals or their habitats. These are the best places to go where the wild things are… 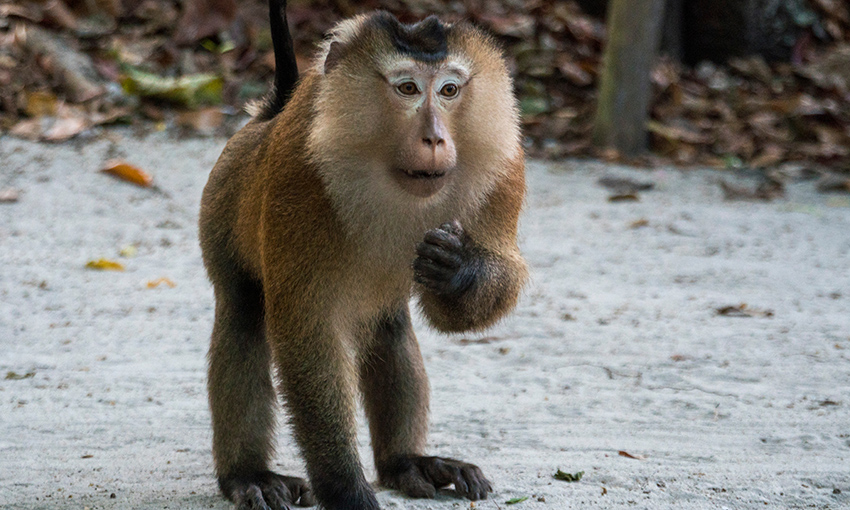 Also known as ‘Elephant Island’ for its elephant-shaped headland, Mu Ko Chang is a jungle-covered wilderness that covers the entire archipelago of over 40 islands near the Cambodian border. Only four hours from Bangkok, this land and marine national park retains its ruggedness and boasts the country’s oldest rainforest, where bears, barking deer and porcupines roam.

Gibbons, stump-tailed macaques, the very rare silver-luting monkeys, jewel-bright lizards and parrots all languish in the trees; while hornbills and white-tailed eagles glide across the skies. Don’t miss the nightly spectacle, when over two million bats emerge out of the bat caves and swoop across the sky as the sun sets. The coral reefs are full of multi-hued fish and hawksbill turtles, which you can explore with the numerous snorkelling and diving tours scattered around the island. 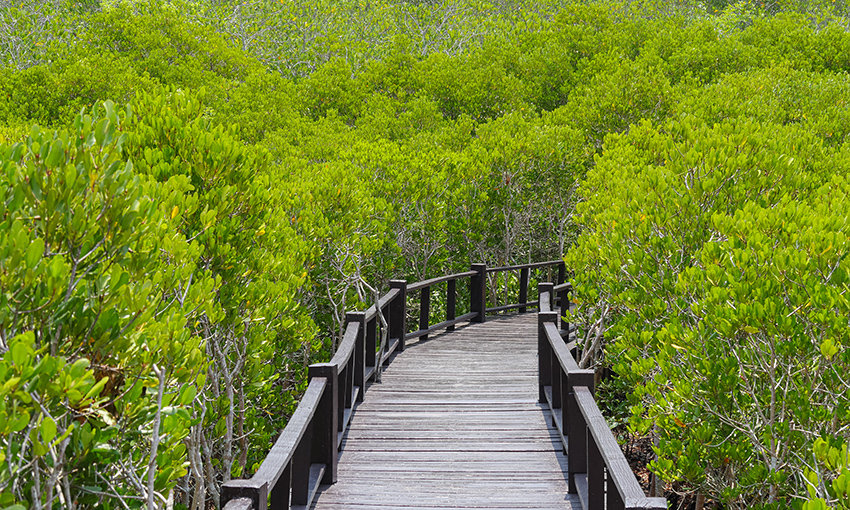 Only a few hours from Bangkok, Pranburi Forest Park sits along a pristine, pine-fringed beach and protected mangrove that grows around a river flowing from the nearby forest into the sea. With twisty trails and tranquil scenery, the 800-acre expanse is a great place to spot a dazzling array of birds such as the electric-blue kingfisher, red-necked stint and the oriental plover.

The mangrove nature trail takes you through the heart of the forest along a raised wooden walkway surrounded by shady mangroves and tropical foliage, where long-tailed macaques, squirrels and chipmunks can be seen. Monitor lizards come out of the forest trails to warm up in the mornings. The beach nature offers views of the pines and seashore and, during the low tides, many crabs and mudskippers come ashore and can be seen scuttling from the boardwalk. One of the loveliest ways to enjoy this wild bounty is to hop on one of long-tail boats moored on the embankment of the reserve for a scenic river cruise. 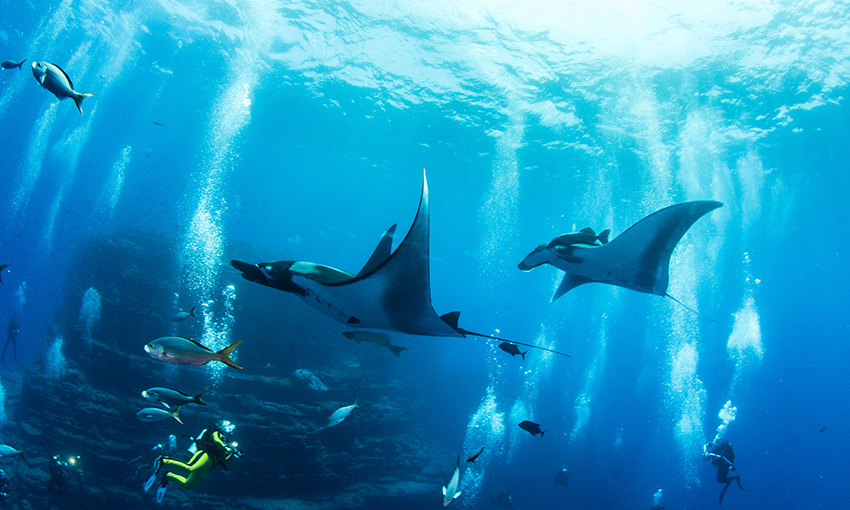 Part of the protected national parks of the Similan Islands off the Andaman coast, Koh Bon, ‘the Island of Hope’, has become a symbol of the ocean’s spectacular bounty. An adventure-seeking diver’s mecca known for its epic manta ray and shark encounters, it’s one of the best places to experience the thrills of the deep.

Among the most intriguing marine animals found in the island’s clear cerulean waters are leopard sharks, barracuda and eagle rays, along with hundreds of manta rays. These graceful, winged giants tend to show up more regularly from January through to April. Hawksbill and green turtles are also common, while octopus are mostly active in the mornings and evenings. White-tip sharks can be seen roaming the depths off the reef. The labyrinth of neon coral reefs of this underwater dream-world harbour thousands of colourful tropical fish, tiger-tail seahorses and other denizens of the deep-blue. There is a huge choice of little-visited dive sites and many dive safari or multi-day liveaboard options. 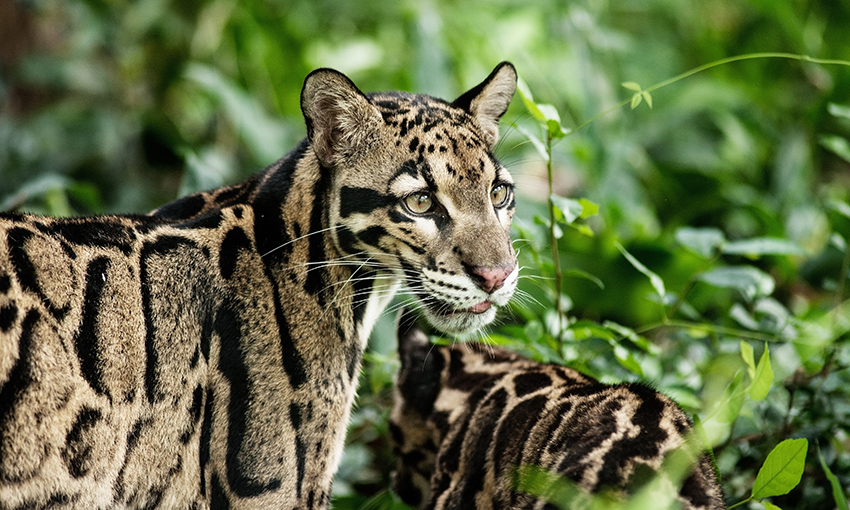 If you're lucky, you may spot a clouded leopard in Khao Sok National Park (Shutterstock)

From sun bears to clouded leopards, many of Thailand’s most extraordinary animals can be found roaming this ancient forest. Two hour’s drive north of Phuket, Khao Sok National Park comprises a pristine expanse of evergreen rainforests with waterfalls and untouched islands. It’s home to a staggering number of indigenous animal and plants that rivals the Amazon in its biodiversity. The park is among the few places where the world’s biggest flower, the rafflesia, grows and where the spectacularly beautiful but rarely seen tree-dwelling marbled cat lives. The best way to see these wild wonders is on a guided walking tour that goes deeper into the jungle.

Elephants, deer, monkeys and boars are among the more common sights. High up in the trees, you might catch the white-handed gibbons and the dusky langurs. The skies and treetops shimmer with equally exotic birds, such as the ruby-cheeked sunbird, scarlet-backer flowerpecker and chestnut-headed bee-eater. For a little more thrill, take a guided night-walking safari to watch bats flying across the star-filled sky and listen to the rustles and evening calls of the jungle. It’s the optimum time to look out for the more elusive creatures like the cute big-eyed slow loris or the tiny mysterious mouse deer, the world’s smallest hooved animal. 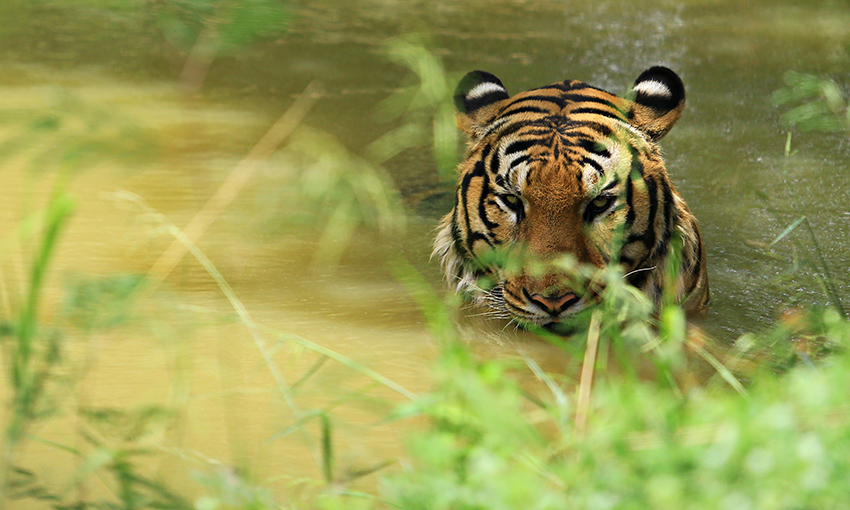 An off-the-beaten-track slice of rugged paradise in the heart of western Thailand’s forested mountains, Huai Kha Khaeng is renowned for its tiger population. Over a 100-plus Indochinese tigers inhabit the sanctuary and intense anti-poaching efforts are restoring the wild tiger populations, though seeing one is a rare feat. Elephants, leopards and deer roam its open woodland making them easier to spot on game drives.

The Unesco-listed park stretches over 1,700km of grasslands, bamboo forests and rivers and is home to many other rare and magnificent creatures, including the Asian palm civets and country’s largest population of banteng, a form of wild cattle. Feathered friends also thrive in this rugged and remote park, making it a hotspot for birding enthusiasts. Over 120 species, including the green peafowl, Burmese peacock-pheasant and hornbills can be seen from watchtowers and self-guided trails. The preserve is open year-round but peak wildlife viewings are during the dry season after the winter months. 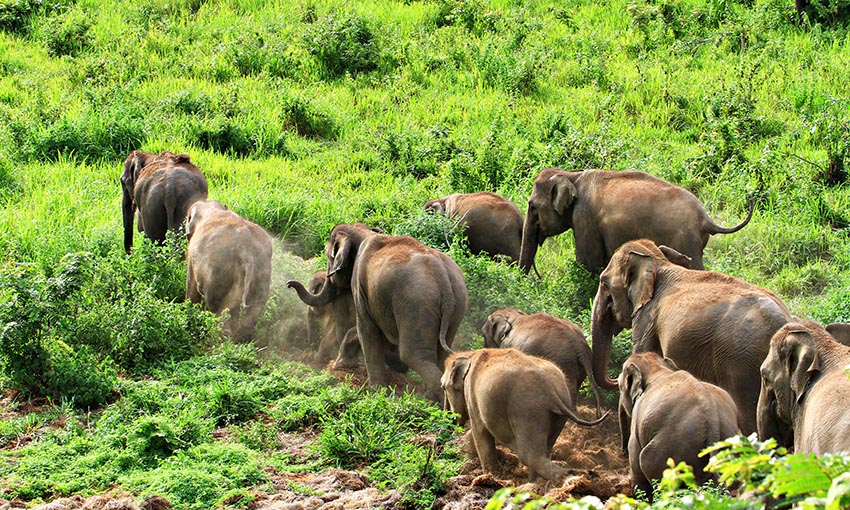 Elephants are the wildlife stars at Kui Buri National Park and the best place to see the country’s few remaining wild herds. There are about 320 of these majestic yet highly threatened creatures roaming the park. The biggest herd of guar — also called Indian bison and largest-known wild bovine on the planet — is also native to the park. The charming barking deer and golden eagle can sometimes be seen and heard.

One of the things that makes this hidden park special is that locals are heavily involved in the conservation initiatives, so you can only visit with a local guide and driver. Sitting in the back of an open-jeep is an exciting way to see elephants, long-tailed macaques, white-handed gibbons and a variety of wildlife; while ranger-led night safaris offer glimpses of the more elusive nocturnal creatures such as the slow lorises, civet cats and the occasional leopard. The trucks stay on designated roads and trails to avoid disturbing the animals. Rangers radio ahead when spotting big-game herds like guar or elephants, so the chances of seeing these magnificent giants in their family groups grazing, swimming or socialising is high. There are also several viewing stations and platforms. The ranger’s station doesn’t have any lodging options, but there are plenty of hotels and guesthouses in nearby Kui Buri town. 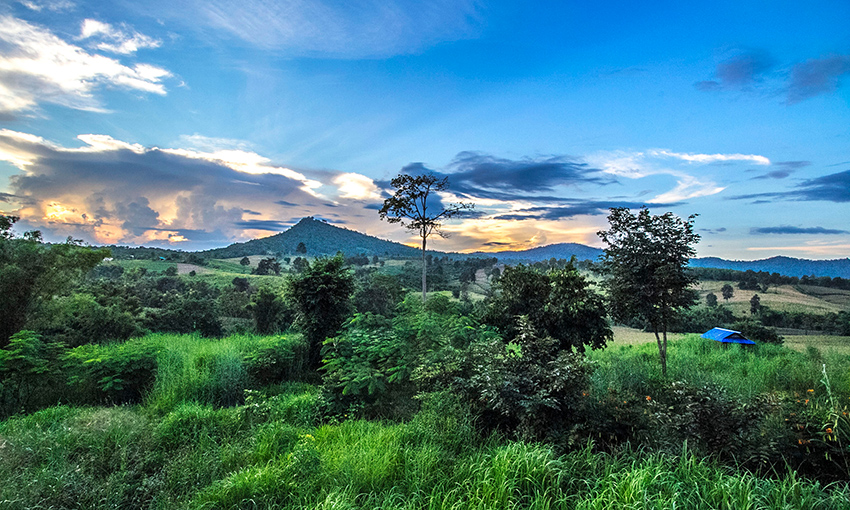 The sleepy jungle of Nam Nao is a haven for elephants. The conservancy’s patchwork mix of mountains, pine forests and grasslands shelters the wild herds, black bears, monkeys and a vast array of other unique animals. This a fantastic place for bird spotters, too, especially during the cooler months of February. Winter and spring is when winter migrants make their stopovers. There are short, marked hiking trails favoured by birders. Some of the birds synonymous with Nam Nao are the white-crested laughing thrush, blue-throated barbet, silver pheasant and Siamese fireback.

Aside from the marked hiking trails branching from the visitor centre, you’ll need to hire a ranger to walk anywhere else in the park. Deeper in the forest, there’s a good chance of seeing deer, crab-eating mongoose, Indian giant flying squirrel, wild boar, pig-tailed macaque and porcupines. At night, when the very vocal golden jackals are on the prowl, you’re likely to hear their calls echoing through the forest. The park offers food and lodging, with rustic, fully-kitted bungalows and two restaurants on site.

The shimmering shores of Phuket and Koh Samui may entice the lion’s share of Thailand’s sun-seekers, but away from the hordes are little-visited secrets hiding wildlife, rugged landscapes and even a floating art market. Here are 5 peaceful places for a post-lockdown visit…

As Thailand moves into reopening to UK travellers, expect fewer crowds and memorable adventures. Whether you want to explore dense jungles or dive deep into pristine waters to see a kaleidoscope of marine life, there are plenty of thrilling, meaningful ways to engage in local conservation and Thailand's rich culture

Since the coronavirus lockdown, Thailand’s cities, wild havens and islands have had a chance to recover, so it is vital to preserve this bounce back by practising responsible tourism. These are just some of the small, simple changes you can make to become a more sustainable traveller and support local communities when they need it the most…